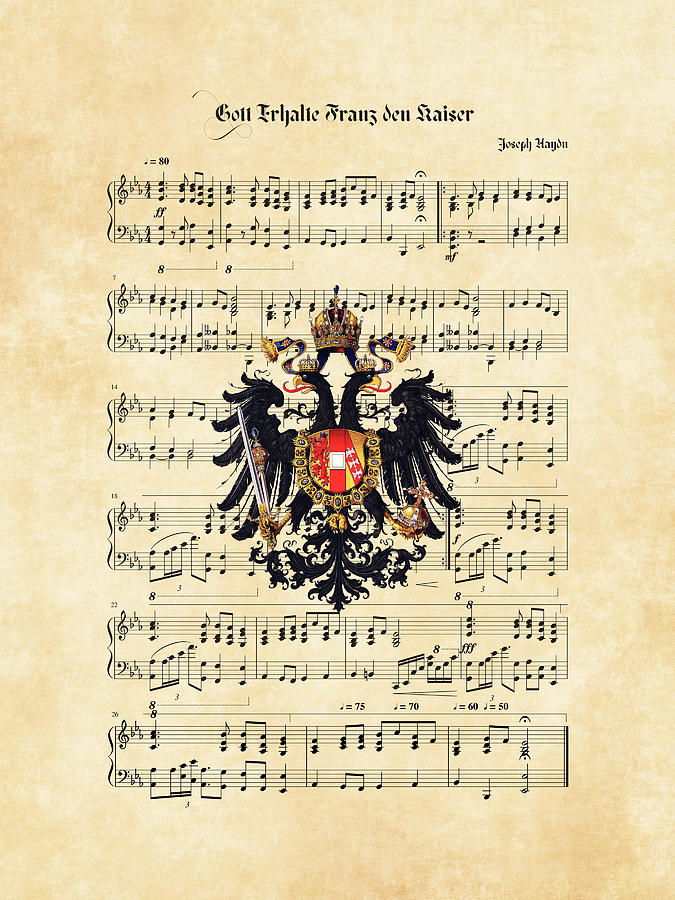 "Gott erhalte Franz den Kaiser" (English: "God Save Emperor Francis") is a personal anthem to Francis II, Emperor of the Holy Roman Empire and later of the Austrian Empire. The melody is by Joseph Haydn. It is sometimes called the "Kaiserhymne" (Emperor's Hymn).
Joseph Haydn seems to have been particularly fond of his creation. During his frail and sickly old age (1802–1809), the composer often would struggle to the piano to play his song, often with great feeling, as a form of consolation; it was the last music Haydn ever played.