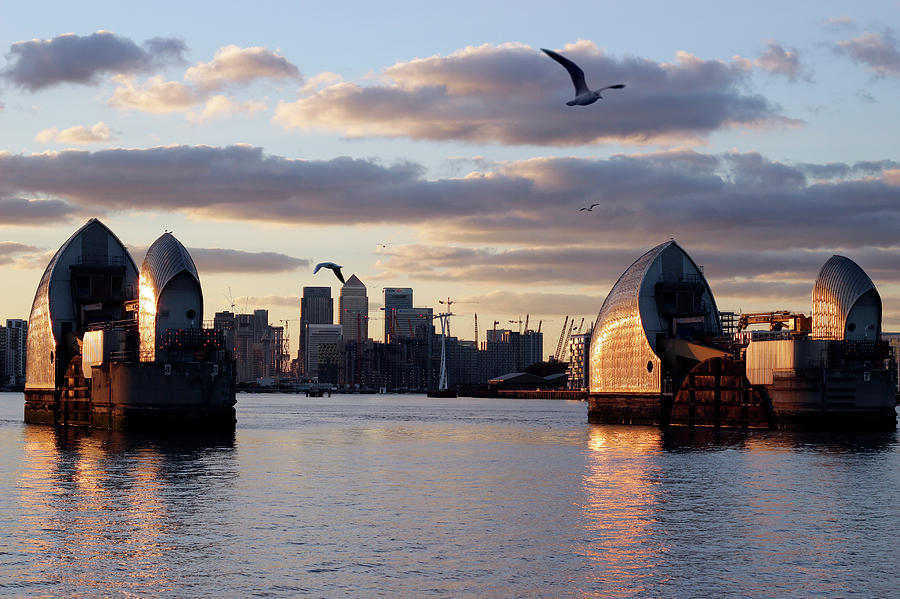 After the devastating North Sea flood of 1953 construction of the Thames Barrier began in 1974. Opened in 1984 by Queen Elizabeth II the barrier protects London from flooding, and it is one of the largest movable flood barriers in the world. It has 10 steel gates weighing 3,300 tonnes each. When a 3,000-tonne dredger hit the Barrier in 1997, the ship sank. The Barrier lost a ladder. The structure is bomb-proof and failure-proof...I hope it is global warming-proof too.
At full closure, the river can be up to four metres higher on one side of the Barrier.

Congratulations on your fabulous artwork being featured in one of FAA's newer Groups - Camera Art! You are invited to archive your work in the Features Archive thread! group or any other thread that it would fit in! LF