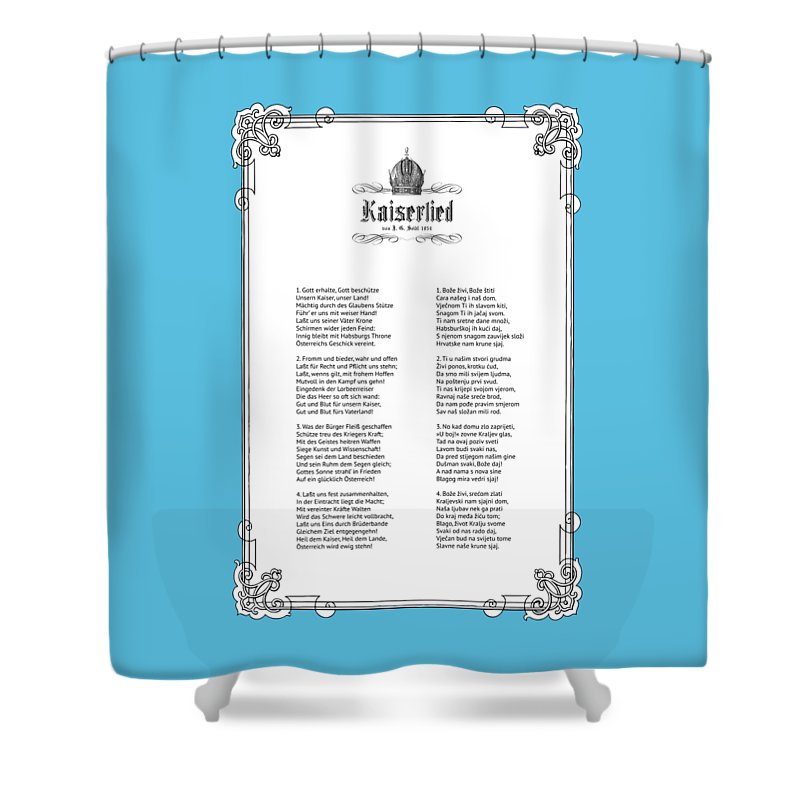 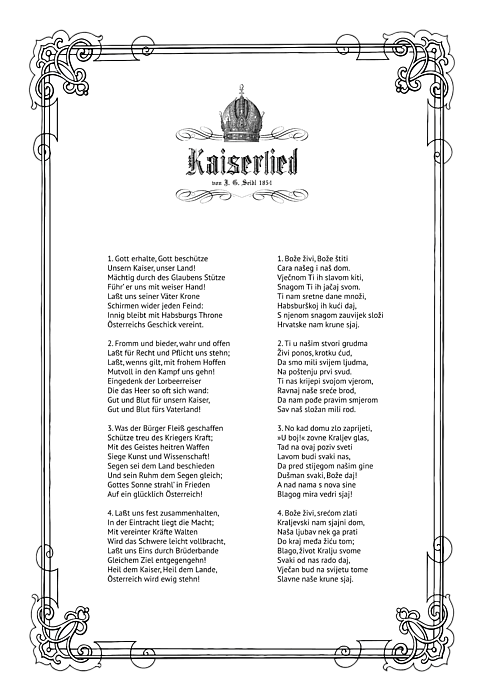 Our shower curtains are made from 100% polyester fabric and include 12 holes at the top of the curtain for simple hanging from your own shower curtain rings. The total dimensions of each shower curtain are 71" wide x 74" tall.

On March 27, 1854, only a month before the marriage of the Austrian emoperor Franz Joseph I to Elisabeth, the folk hymn by Johann Gabriel Seidl officially became the text of the emperor’s hymn, that still maintained the melody of the original 1797 version by Joseph Haydn. The reference to the well-known A.E.I.O.U. motto "Austria Erit In Orbe Ultima" at the end of the fourth stanza was regarded as especially successful. This version of the folk anthem was sung until the fall of the empire in 1918. The title is adorned with the the Imperial Crown of Austria, the Rudolfskrone, that was made by Jan Vermeyen in Prague in 1602 as the personal crown of Holy Roman Emperor Rudolf II. In 1804 it became the official crown of the newly constituted Austrian Empire. THE IMAGE HAS A TRANSPARENT BACKGROUND, THAT MEANS YOU CAN CHOOSE THE BACKGROUND COLOUR OF ALL PRODUCTS BUT WALL PRINTS.