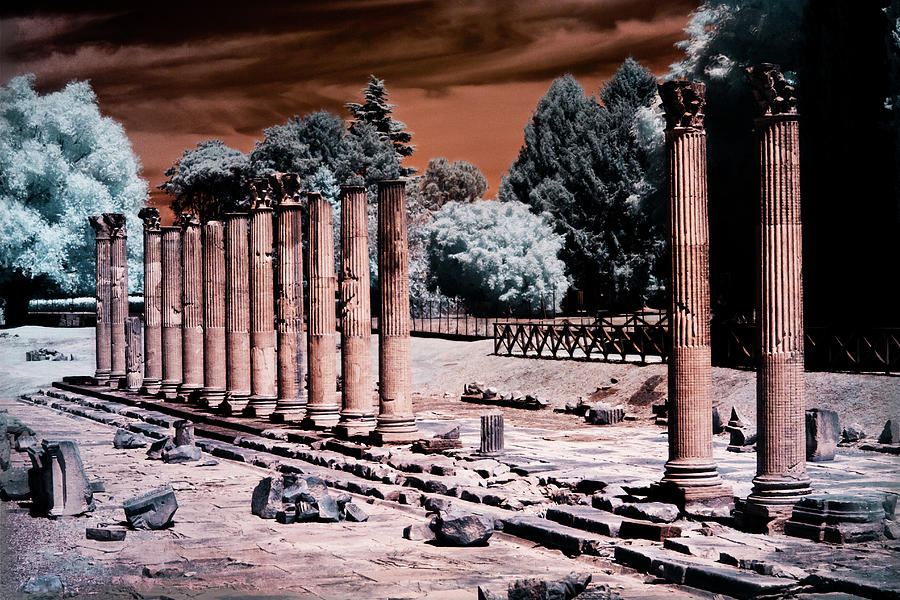 Aquileia was one of the largest and richest cities of the Roman Empire, and became a dominant hub of the Christian world for Central Europe from the Middle Ages to the 18th Century.
Dating back to the 2nd-3rd Century A.D., Aquileia’s forum was the heart of public and religious life.
The Forum itself was an important trading centre with many shops, where merchants had easy access to the river port to transport their goods.
Similarly to modern squares, the rectangular 200 metre long forum was not covered, and presented a large area paved with large flat stones, although only a small part of the original floor now remains.
The columns that remains today supported the portico, the covered part of the forum that provided shelter ad shade before the entrance of the various shops, whose buzzing activities were sadly interrupted by Attila the Hun, who destroyed most of the city in 452 AD.

Congratulations! Your fantastic photographic art has been chosen as a Camera Art feature! You are invited to archive your work in the Features Archive thread as well as any other thread in which it would fit!